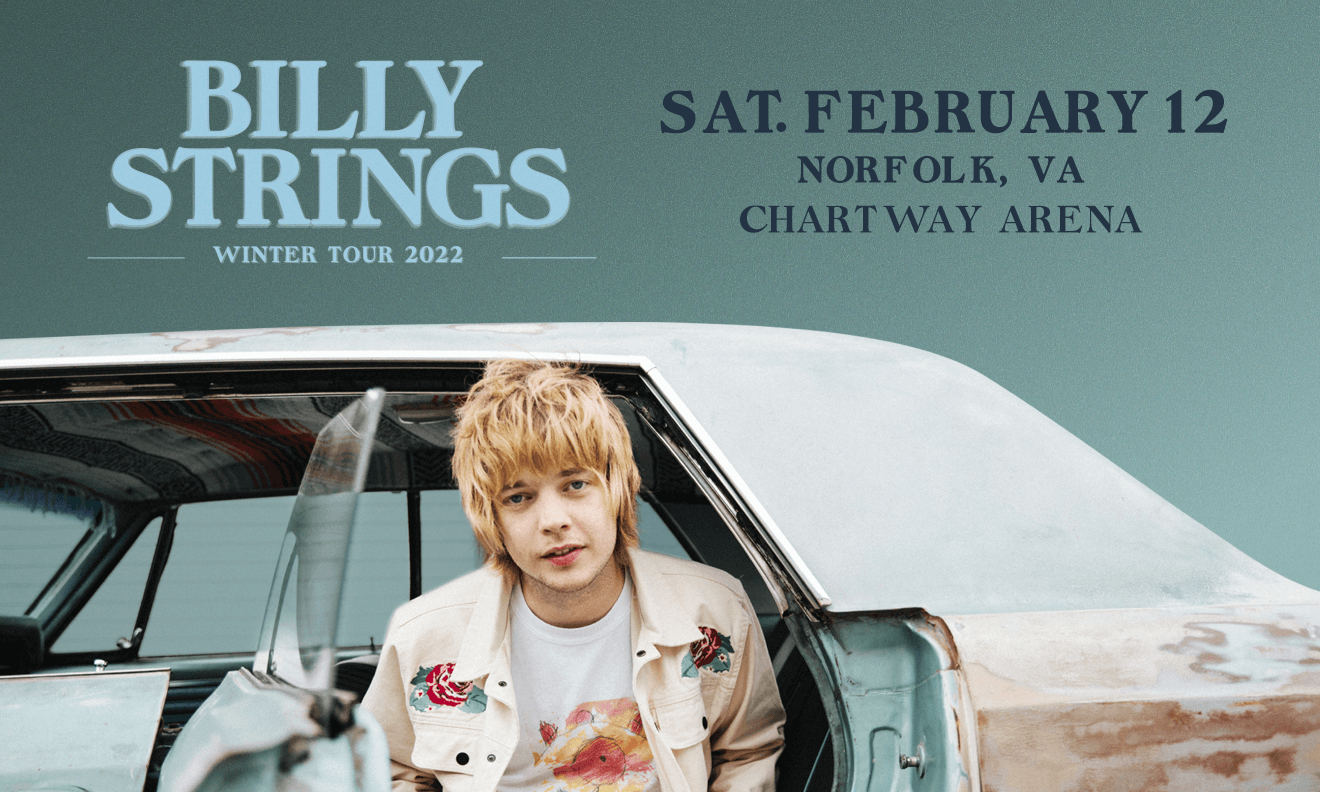 Doors open at 6:30 pm. Please note, there is NO OPENER for this show. Please plan to arrive with plenty of time for processing and entry

​​Michigan-born and now Nashville-based, Billy Strings is a GRAMMY Award-winning singer, songwriter and musician, who arrived on the scene as “one of string music’s most dynamic young stars” (Rolling Stone). Strings is in the midst of a triumphant year after winning Best Bluegrass Album at the 63rd GRAMMY Awards for his critically acclaimed record, Home. Produced by Glenn Brown, the record also led Strings to top Billboard’s 2020 year-end charts in both Bluegrass categories—Top Bluegrass Artists and Top Bluegrass Albums—and continues to receive widespread critical acclaim. Of the release, The Associated Press proclaims, “it is his creative musical storytelling, paired with solid vocals on Home that should seal the deal, pleasing fans of the genre and creating some new ones…the perfect blend of pure talent and pluck,” while The Wall Street Journal declares, “Billy Strings has clearly emerged as a premier guitar flatpicker of this era.” Since his debut, Strings has been awarded Guitar Player of the Year and New Artist of the Year at the 2019 International Bluegrass Music Awards, selected as one of Rolling Stone’s “New Country Artists to Know” and performed on “Jimmy Kimmel Live!” and PBS’ “Bluegrass Underground.” Known for his electric live shows, Strings will continue his extensive headline tour throughout 2021 including upcoming shows in Los Angeles, Seattle, Chicago, Denver, Austin, Atlanta and Nashville among several others.

Out September 24 via Rounder Records, Renewal was produced by Jonathan Wilson (Conor Oberst, Roger Waters, Father John Misty) and solidifies Strings’ position as a singular artist—one who honors the history of the music that inspires him, while continually pushing it forward. With the record’s sixteen tracks, Strings shares a more personal and honest perspective through his songwriting, while incorporating his wide range of influences with elements of bluegrass, classic rock, metal, psychedelic music and more.

“Strings is a bluegrass artist, and at the same time, isn’t a bluegrass artist at all. Advancing the energy and sound of Gram Parsons’ Cosmic American Music, Strings touches psychedelia, country, rock ‘n’ roll, heavy metal, with jam band energy, concocting a near-forgotten, fresh taste of ‘60s freedom. And his fans dancing in front of the stage mirror exactly that.”
-Spin

“As much as Strings revels in pushing boundaries, his songwriting taps the same heartland sincerity that Bill Monroe embraced nearly a century ago. Strings sings of modern American woes with disarming simplicity, even as he warps the sound.”
-New York Times

Ticket prices will increase the day of the show.

Due to the ongoing COVID-19 pandemic, all guests age 2 and older, regardless of vaccination status, will be required to wear a face mask that fully covers both the nose and mouth while inside Chartway Arena, except when eating or drinking.