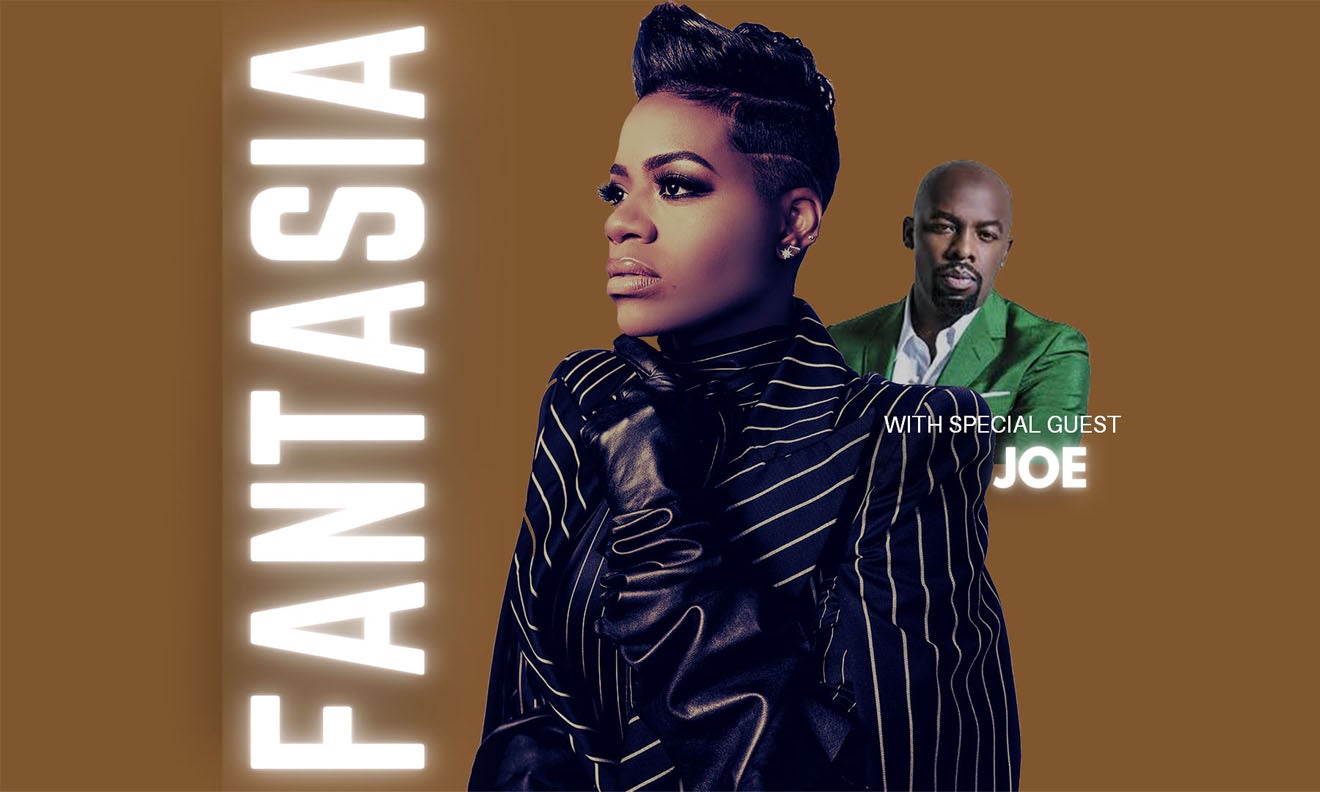 Grammy Winning, Multi-Platinum singer Fantasia is set to perform live with special guest Joe on Sunday December 4, 2022. Tickets to this event start at $55 and will go on sale Friday, October 14th at 10AM!

North Carolina native Fantasia broke on to the scene in 2004 as the season three winner of Fox’s “American Idol.” Later that year, she released her platinum-selling debut album Free Yourself and became the first artist in the history of the Billboard Hot 100 chart to debut at #1 with her first single, “I Believe." Fantasia’s 2006 eponymous second album featured the #1 R&B single, “When I See U,” and reached gold status. In 2010, Fantasia released the critically acclaimed Back To Me, which featured the hit single “Bittersweet” that earned her first ever Grammy Award for Best Female R&B Vocal Performance and a NAACP Image Award for Outstanding Song. In 2013, Fantasia released her fourth studio album, Side Effects of You which debuted at #1 on the Billboard R&B Albums Chart and #2 on the Billboard Top 200. On July 29, 2016, Fantasia released her fifth studio album, The Definition Of…. The album debuted at #1 on Billboard’s R&B chart, #2 on the Overall Albums and R&B/Hip-Hop Albums chart, and #6 on the Billboard 200 chart. The high chart entries mark Fantasia’s third consecutive #1 R&B album debut, her fourth top ten debut on the Billboard 200, and earned her another Grammy nomination for “Best Traditional R&B Performance.”

In an effort to show her fans love and thank them for their constant support, Fantasia has toured non-stop since the beginning of her career. In addition to selling out headline tours across the country, the Grammy Award winner has shared the stage with the likes of Anthony Hamilton, Maxwell and Andrea Bocelli.

In addition to being a mainstay in music, Fantasia adds author and actress to her growing list of accomplishments. In 2006, she released her New York Times bestselling memoir, Life Is Not a Fairytale, and starred as herself in the Lifetime movie of the same name. In 2007, Fantasia landed the coveted role of Celie in Broadway’s The Color Purple for which she won a Theater World Award. Fantasia returned to Broadway in 2013 as the first celebrity engagement in After Midnight, a dance-focused musical that celebrated Harlem’s iconic Cotton Club during the Harlem Renaissance in the 1920’s and 1930’s. After receiving rave reviews, Fantasia joined the cast of After Midnight for a second run in May 2014.