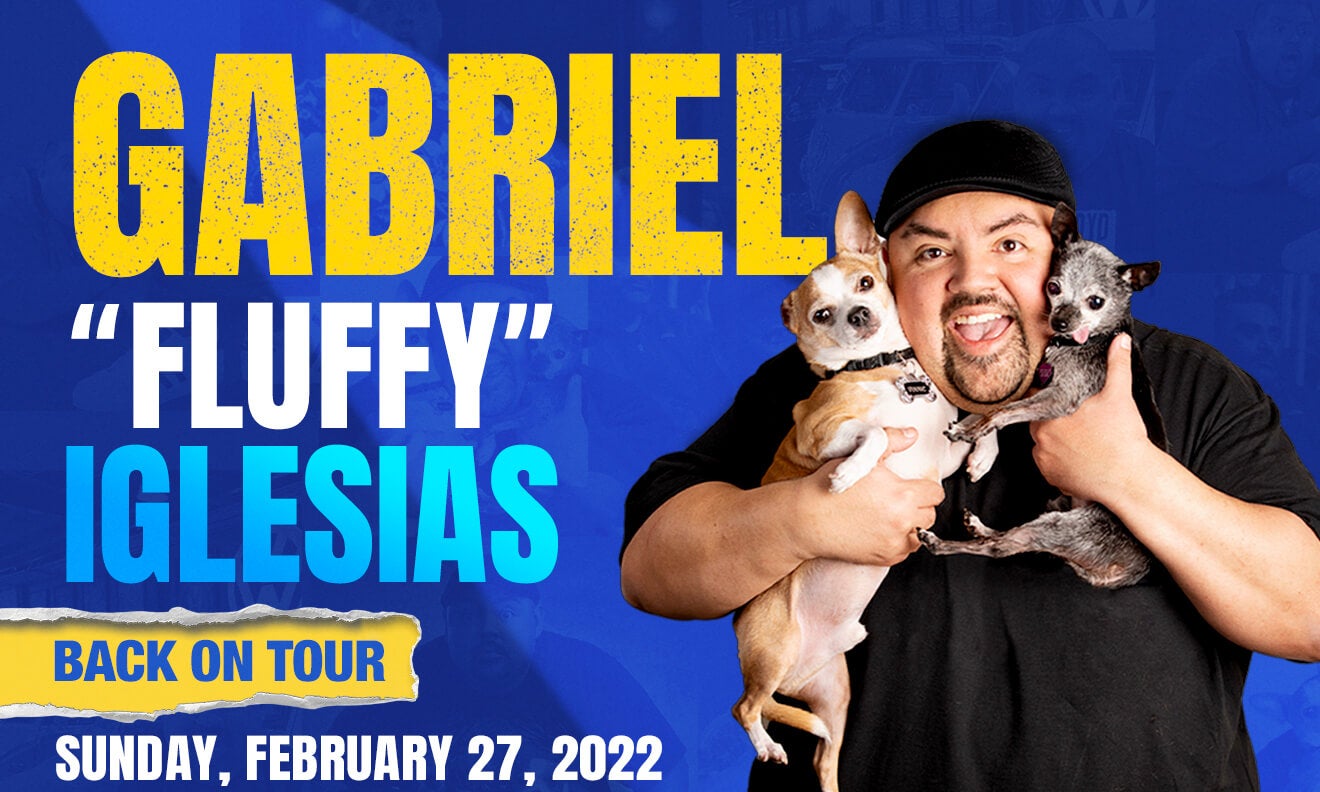 Comedian Gabriel Iglesias returns to Chartway Arena in Norfolk, VA on Sunday, February 27, 2022. This is part of his all-new 2022 “Back On Tour” World Tour.

Iglesias is one of America’s most successful stand-up comedians performing to sold-out concerts around the world. He is also one of the most-watched comedians on YouTube with almost a billion views and has over 25 million fans across social media. In 2018, Gabe was included in The Hollywood Reporter’s “Top 40 Comedy Players” issue alongside comedy giants Jerry Seinfeld, Chris Rock, and Lorne Michaels. The comedian has also had the distinct honor of being one of the few to headline and sell out Madison Square Garden in New York, Staples
Center in Los Angeles and Sydney Opera House in Australia.

Due to the ongoing COVID-19 pandemic, all guests age 2 and older, regardless of vaccination status, will be required to wear a face mask that fully covers both the nose and mouth while inside Chartway Arena, except when eating or drinking.