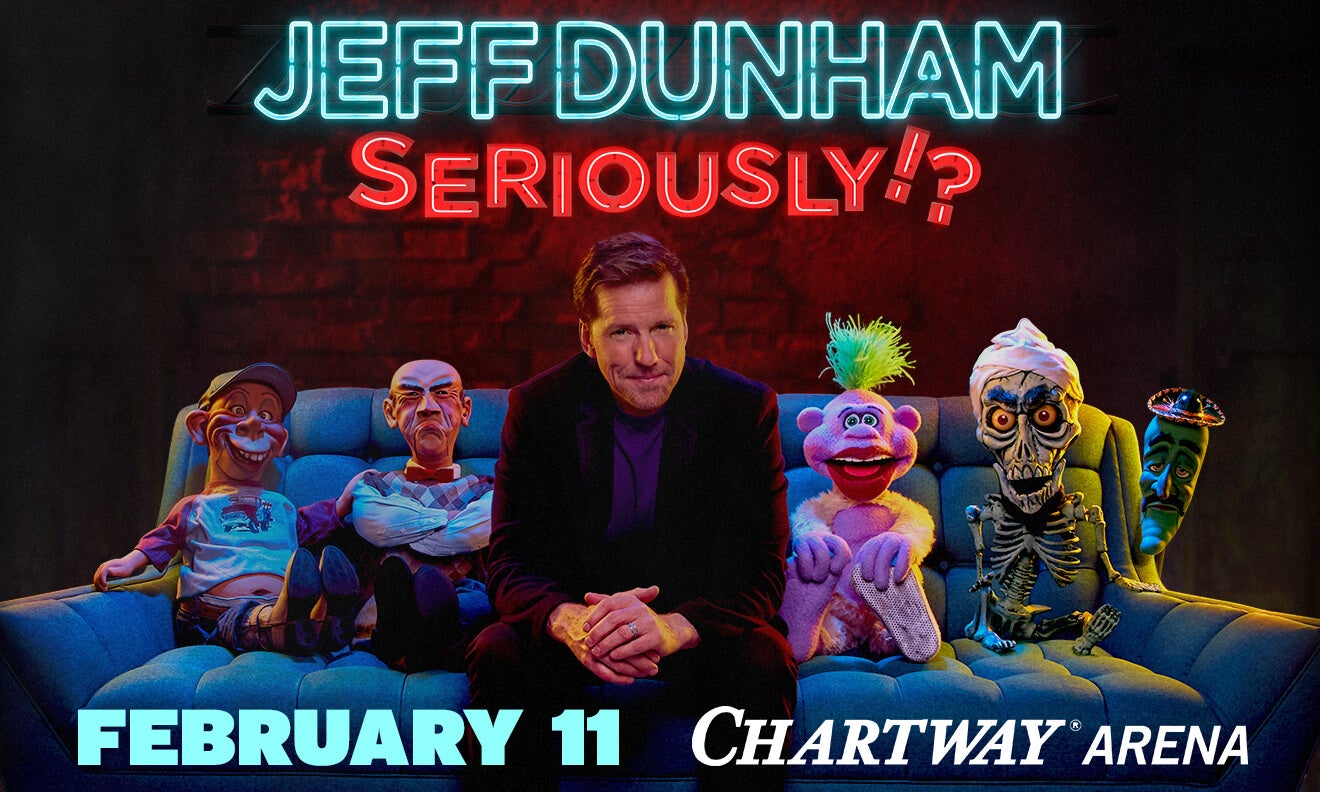 Get ready for a whole lot of Jeff Dunham. The internationally acclaimed comedian and ventriloquist hits the road with his Seriously!? Tour and making a stop in Norfolk at Chartway Arena on Friday, February 11.

For more than thirteen years, Jeff Dunham and his delightfully irreverent cohorts, Peanut, Walter, Jose Jalapeno, Bubba J, and Achmed the Dead Terrorist, have filled arenas across the U.S. and the world with their multiple blockbuster tours.  And now, after taking the year off that nobody wanted, the comedian/ventriloquist and the little guys in his suitcase are restarting their much-claimed international tour “Jeff Dunham: Seriously?!”

Due to the ongoing COVID-19 pandemic, all guests age 2 and older, regardless of vaccination status, will be required to wear a face mask that fully covers both the nose and mouth while inside Chartway Arena, except when eating or drinking..