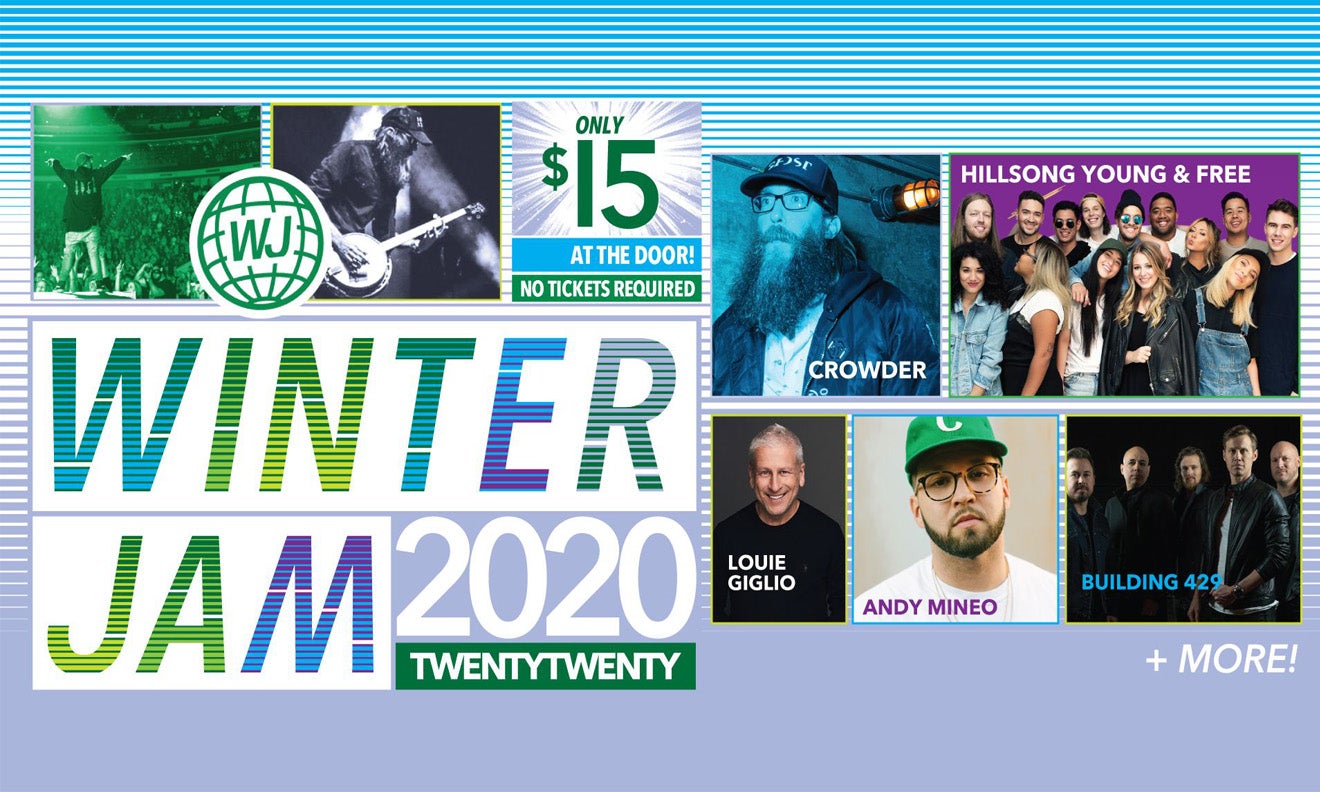 Christian music’s premier multi-artist annual outing, the Winter Jam Tour Spectacular, steps into a new decade with a fan-favorite headliner, GRAMMY®-nominated singer/songwriter Crowder. With such recent hits as “Red Letters” and “All My Hope,” the genre-spanning artist—who has sold more than 3 million units and appears regularly on the Grand Ole Opry—leads a star-studded 2020 lineup featuring some of the biggest names in Christian music.

Winter Jam, which is hallmarked annually by its musical diversity, the central focus on the Gospel, and a "no ticket required"/$15 donation at the door, will hit a total of 42 cities around the country next year. Highlighted by a time of worship each evening, international chart-toppers Hillsong Young & Free are set to make their Winter Jam debut in 25 cities along with acclaimed pastor/author/speaker and Passion Movement founder Louie Giglio.

“It’s crazy to think this is my first time speaking on Winter Jam, one of the most influential tours of the last few decades,” says Giglio. “I’m pumped, and really excited to share the nights with our fam!"

“We can’t wait to get out on Winter Jam 2020,” echoes Crowder. “There is nothing like it and 2020 is going to be just insane! Too much goodness in one place.”

"I’ve never been more excited about Winter Jam than I am for 2020,” says NewSong founding member and Winter Jam creator Eddie Carswell. “The lineup is amazing and the desire to see Jesus change lives remains our top priority. Bring your friends, bring your youth group— just don't miss it."

The Winter Jam 2020 Tour Spectacular is produced by Premier Productions and sponsored in part by Holt International, Liberty University, "A Week Away: The Musical" and Destiny Rescue.

Created and hosted by one of Christian music’s most influential bands, NewSong, the Winter Jam Tour Spectacular exploded from a single show in 1995 to become the genre's benchmark tour. Throughout two decades, the tour has regularly ranked among Pollstar's top first quarter outings. Showcasing the best and brightest in Christian music, Winter Jam provides a powerful platform for the Gospel in major arenas nationwide.

$15 donation at the door. For more information click here.