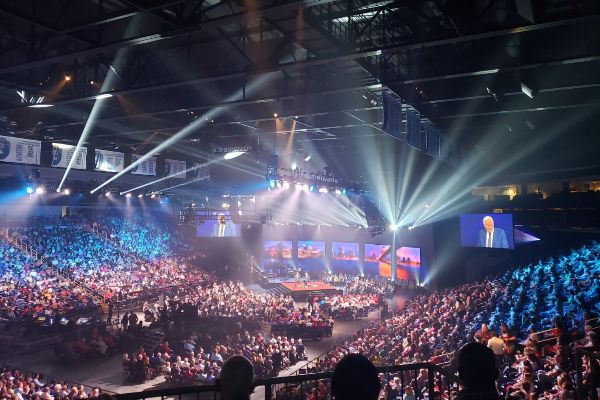 Home|Chartway Arena Ranked In Top 15 Worldwide For Arenas Under 10,000 Seats

Chartway Arena Ranked In Top 15 Worldwide For Arenas Under 10,000 Seats

Spectra, providers of venue management services for Old Dominion University’s, is proud to announce the Constant Center is once again ranked as one of the top performing arenas in the world by Pollstar in their 2019 Mid-Year Top Venue report.  The mid-year report highlights ticket sales for top tours, arenas, festivals and amphitheaters in 2019.

Mike Fryling, General Manager of the Ted Constant Center said, “I want to thank the artists, agents and promoters for continuing to bring world-class entertainment to the Constant Center, Norfolk and Hampton Roads. We love being part of the Old Dominion University community and are excited for the rest of 2019 which includes Logic, The Alchemy Tour and Larry the Cable Guy.”