UFC® returns to Norfolk with the vacant flyweight title up for grabs as No. 1 ranked contender Joseph Benavidez and No. 3 ranked Deiveson Figueiredo battle to secure their first UFC championship. Also on the card, top women’s featherweight prospects meet to stake their claim for a title shot as Felicia Spencer takes on Zarah Fairn.

UFC FIGHT NIGHT ON ESPN+®: BENAVIDEZ vs. FIGUEIREDO will take place Saturday, Feb. 29 at Chartway Arena with all fights carried exclusively on ESPN+ in English and Spanish. The main card begins at 7 p.m. ET with the prelims kicking off at 4 p.m. ET. Doors open at 3 p.m. ET.

A member of the flyweight roster since its inception in 2012, Benavidez (28-5, fighting out of Las Cruces, N.M.) hopes that his third UFC title challenge will be the charm to obtaining his first gold strap. A perennial top contender for most of his career, Benavidez has proven himself to be one of the best in the world with wins over Jussier Formiga, Henry Cejudo and Tim Elliot. He now looks to become the only person to stop Figueiredo and finally earn his long-awaited championship.

One of the most dangerous finishers in the flyweight division, Figueiredo (17-1, fighting out of Condor Belem, Para, Brazil) looks to leave no doubt in his first-ever title opportunity. Since joining the UFC roster in 2017, he has earned impressive stoppage wins against Tim Elliot, John Moraga and Joseph Morales. Now, he intends on delivering his most impressive performance yet in the biggest fight of his career.

Intending to start the new year with a statement, Spencer (7-1, fighting out of Orlando, Fla. by way of Montreal, Canada) looks to bounce back into the win column and declare herself as the top contender for the featherweight belt. A former Invicta FC champion, Spencer impressed in her UFC debut with a first-round submission over Megan Anderson. Now, she aims to add another dominant stoppage to her record when she faces Fairn in the co-main event.

A striking specialist, Fairn (6-3, fighting out of Paris, France) looks to improve on her UFC debut and show that she can compete with the best in the world. With four knockouts and four first-round finishes in her MMA career, Fairn has proven that she is a dangerous test for anyone. Now, she intends on securing her first UFC win and announcing herself as the next contender to watch in the division.

Additional bouts on the card include:

Visit the UFC.com for information and content to support your UFC coverage. Please click here to apply for the event.

Tickets for UFC FIGHT NIGHT ON ESPN+®: BENAVIDEZ vs. FIGUEIREDO go on sale Friday, Jan. 10 at 10 a.m. ET. Tickets are available for purchase online at YnotTix.com. Ticket sales are limited to eight (8) per person.

UFC Fight Club® members will have the opportunity to purchase tickets Wednesday, Jan. 8 at 10 a.m. ET via the website www.ufcfightclub.com. A special Internet ticket pre-sale will be available to UFC newsletter subscribers Thursday, Jan. 9 starting at 10 a.m. ET. To access this presale, users must register for the UFC newsletter through UFC.com. 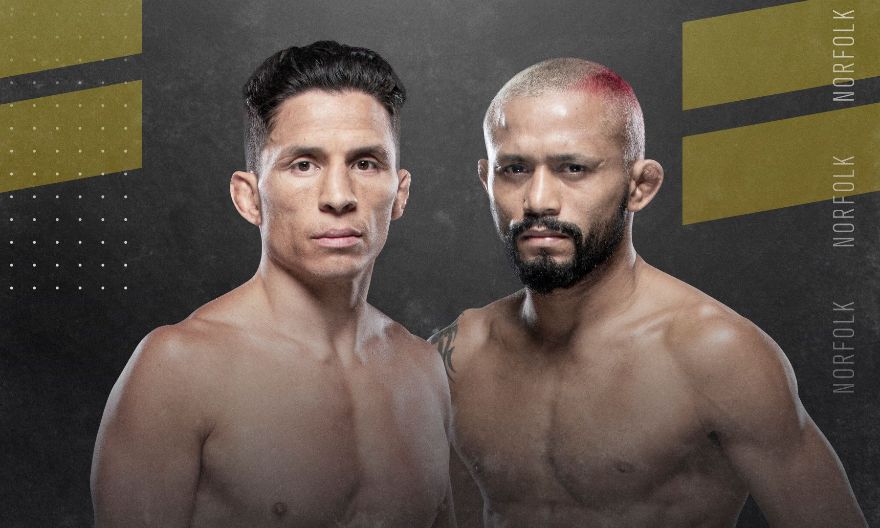